The La Palma eruption continued from December 8 to 13, characterized by sporadic Strombolian activity, occasional lava jets, advancing and sometimes branching lava flows, and daily ash and gas emissions. Seismicity was weak at depths of 10 to 15 km and very weak at depths of 30 to 40 km. Volcanic quake levels were also generally low, although they fluctuated towards the end of the week alongside explosive activity.

From December 8 to 12, the activity of several vents in the central and SE portions of the main cone was weak, with only sporadic pulses of Strombolian activity and ash emissions. The ash and gas plumes rose to an elevation of 3.7 km and drifted towards the SSE, SSW, SW and W.
Very intense gas emissions were recorded from December 9 to 11. Small landslides originating from fractured zones in the upper part of the secondary cone (on the E flank) descended the interior part of the crater as well as the flanks. Lava from the vents moved through tubes to the western part of the flow field, although two main rupture flows traveled in W on older flows.
The most active area was along the S margin of flow 9, where 9 and 11 had joined, as lava continued to descend the cliff and widen in the Las Hoyas area. From December 11 to 12, the S-margin lobes of the flow traveled S on new soil in the Las Norias area.

On December 12, several strong pulses of tremor were accompanied by intense Strombolian activity, with the most intense events at 12:00 p.m. and 5:30 p.m. and reduced activity between 1:00 p.m. and 5:00 p.m. A small lava overflow from one of the vents traveled north over older flows. One of the most intense periods produced dark and dense ash plumes which rose to 6 km altitude and ejected bombs (several several meters in diameter) up to 500 m from the vent.
New collapses were visible in the main cone, enlarging the crater, and at the level of the secondary cone. From December 12 to 13, lava continued to move westward through tubes in the central part of the flow field. At the S margins, lava filled the uncovered areas between flows 9 and 11.
On December 13, the tremor levels fluctuated with intense signal pulses. A period of major explosive activity between 1745 and 1900 ejected bombs towards the N flank and produced plumes of ash and gas. At 6:20 p.m., the video showed jets of lava over the vent and glowing material falling on the flanks.
The activity at the vents subsequently subsided; the tremor subsided in 2000 and by 2200 had reached background levels. Vent gas emissions were at high levels until December 14. Lava continued to advance from the main cone’s W base on December 14, but at a much slower rate than the day before.
Small escapes were visible near Montaña Cogote and Las Norias.

The rash may have stopped or is still going today, which is day # 87 since it started on September 19, 2021. … Read everything 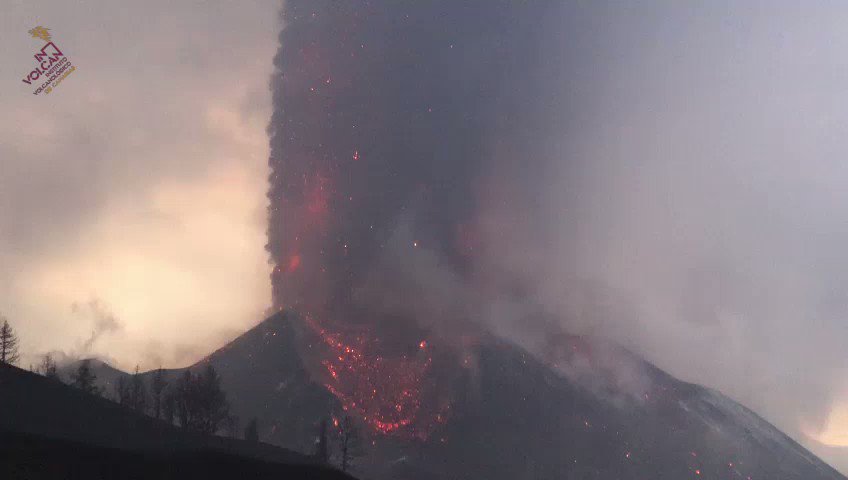 After the big explosion yesterday at noon, the eruption gained in intensity, both explosive and effusive, during the evening and the night. After being calmer most of the day today, it increased again in the evening, illustrated by the strongly fluctuating volcanic tremor signal. … Read everything 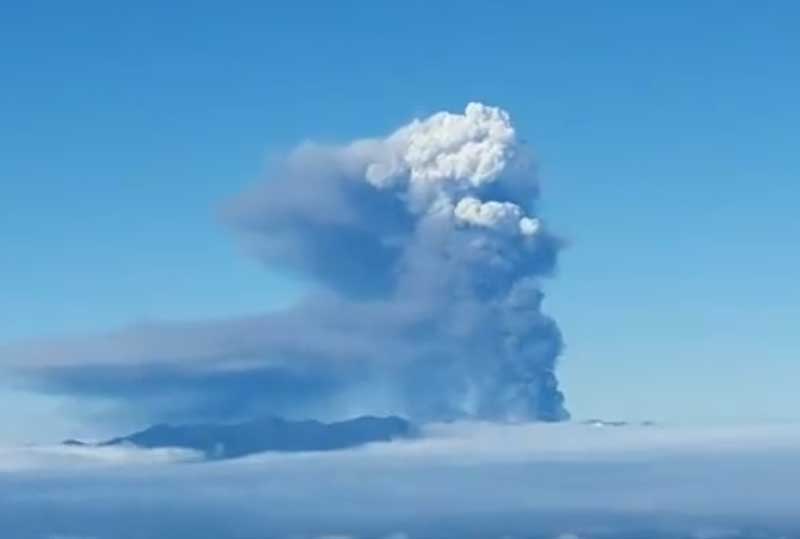 At around noon local time, a sudden large explosion occurred at the main crater of the cone, producing a plume of steam and ash that quickly rose to an estimated altitude of 5,000 to 6,000 meters. … Read everything
First visit on our site ? If you haven’t already, download the Volcanoes and Earthquakes app to get one of the fastest volcanoes news online:
Android | IOS